1 Month in Europe: London to Athens

Coronavirus (COVID-19) - For the latest updates, all details on booking flexibility, and answers to frequently asked questions, please click here.

Vicky Robinson planned to go Interrailing for 1 month and discover the magic of Europe. Starting with the Eurostar to Paris and hopping from one train to another, she visited France, Belgium, the Netherlands, Germany, Switzerland, Italy and Greece. An adventure she will never forget!

"I met some great people and had some great experiences. I definitely want to do it again!"

Vicky travelled with a 2nd class youth Interrail Global Pass, valid for 1 month. This pass can be used for train travel in 31 participating countries.

Get your Global Pass

Having spent most of her gap year travelling in Asia and Australia, Vicky decided it was time to discover destinations closer to home. “I wanted to visit Europe’s well-known major cities, such as Paris, Amsterdam, Milan and Rome and see some of the classic sights.

“It soon became clear that interrailing was the ideal way to get around”, Vicky says. “With one pass I could jump straight onto most trains (some trains require a reservation or supplement) and, although I had a rough idea of where I wanted to get to, I had the freedom to be spontaneous. I was given some information on Interrail, including the Interrail trend guide which listed loads of festivals and events going on across Europe, so I tried to plan my route and timing around this, as well as stopping off at the cities I wanted to see”. 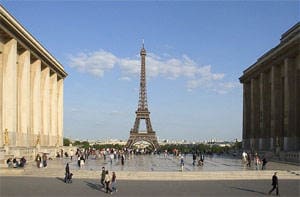 To Paris and Amsterdam

Vicky started in London, taking the Eurostar to Paris for a few days sightseeing and shopping, visiting all the typical tourist sites including the Eiffel Tower, the Latin Quarter and the Champs-Elysées.

From Paris it was only a 2 ½ hour ride to Bruges before going to Amsterdam. Of course this city is famous for its Red Light District, but there is loads to do and see beside this, including the Anne Frank house, which Vicky found extremely moving. She also went to Parkpop in The Hague, Europe’s largest free pop festival. 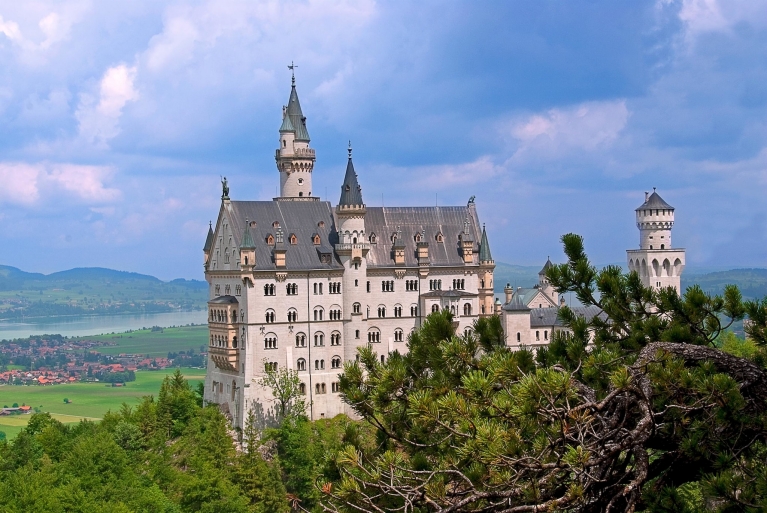 From Amsterdam the night train took her to what she found to be one of Europe’s most exciting cities, Berlin. Then it was off to Munich. “I was too early for the Oktoberfest, but managed to sample plenty of the Bavarian beer! I recovered from my beer-hall hangover on a short train trip past the Bavarian mountains to the famous and dream-like Neuschwanstein castle. Apparently this is where Walt Disney got inspired”. 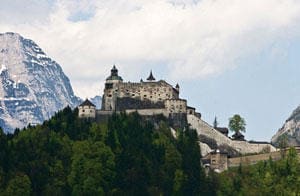 Heading into Austria, Vicky travelled to Salzburg (where The Sound of Music was filmed) and then on, past the impressive Alps, to the Zurich festival. From here it was a short ride to lakeside Lucerne. “This is where I experienced one of the most impressive train journeys”, remembers Vicky. “I took the Wilhelm-Tell Express*, which begins on a paddle-steamer on the lake and finishes with a ravine-passing train ride to Lugano”.

*This train stopped operating in December 2016.

Interrail pass holders get a cheap rate on this scenic train route. 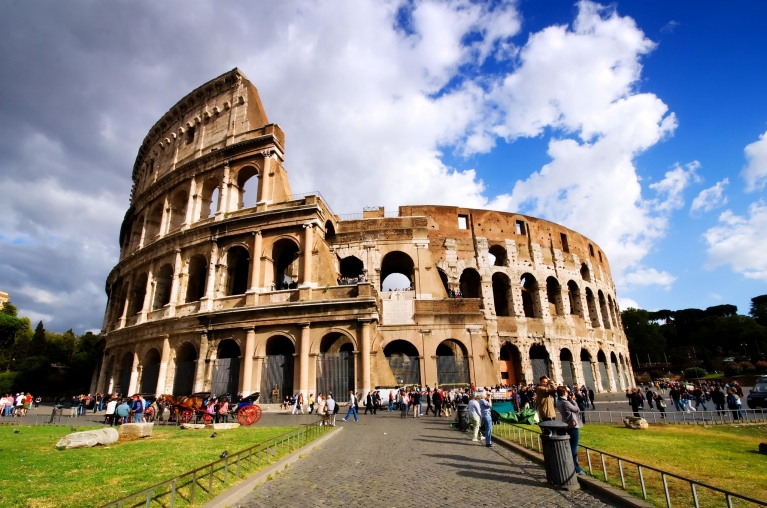 The next leg of Vicky’s trip was Italy. “I spent nearly 2 weeks travelling this part of Europe from Milan to Venice and then onto Tuscany to Florence and Siena. Next came Rome, which became one of my favourite cities as there was so much to see, including the Colosseum and the Vatican City”. 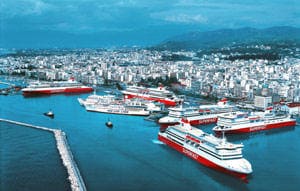 From Bari, Vicky took the Superfast Ferry to Patras in Greece for the final part of her trip. Just 2 hours from the ferry is Olympia, where the Olympic games originated from. Next came Corinth where, after visiting the ancient ruins, a very brave Vicky decided to bungee jump over the 3000-year-old canal: “this was one of the highlights of the trip, scary but thrilling!” Vicky’s last days were spent in Athens and an unmissable visit to the Acropolis.

Interrailers pay only a small surcharge for this ferry.

“Flying home from Athens felt strange as I was so used to taking the train by then. Staring out of the window looking at nothing but clouds, I realised that I’d definitely chosen the right kind of trip. I got to see so many sights, just by sitting back and staring out of a train window. I met some great people and had some great experiences. I definitely want to do it again, perhaps next time visiting some of Eastern Europe.”

Tell us about your travel plans and we'll find the best Interrail Pass for your trip!

You cannot change the currency once you have items in your cart!